OUT OF THIS WORLD!!

Hello everyone!! Were about to embark on a epic adventure here at HHH Knives. And I want to bring you guys along with us..

Were going to be forging some Meteorite damascus! Yep that is the "out of this world" reference. I just received a 4 lb. piece of Meteorite and with a little luck at the end of the process we will have a couple of extra amazing and beautiful billets of SPACE STEEL!
Theres a really amazing and cool story as to how I came across the piece of Meteorite..…

Now I can't wait for it to arrive!

We are interested to hear from the iKC membership about the possibility of offering a knife for 2012. I don't have much information just yet but want to hear from who might be interested if we were to pursue this offering.

I can say that any knife offered will have to be "prepaid" and ordered in advance after payment is made. So let me know what… Continue

I think it's time that our club review one of our own knife makers each month an expose their talents to the rest of the club. If any of y'all agree lets hear about it and how to accomplish it. I hope it's not to much to ask of whom ever gets the task of doing it.

From the time I was a young boy I loved looking and watching my dad buying and collecting knives.When he gave me my first knife I was in love . I starting going to places to buy knives. Some days I would go to the hardware store and just gaze thru the glass case thinking of witch one I wanted to get next. Then when I started working I would pull my knife out to cut something and people would ask me were I got that.and I would tell them. It always gave us something to talk about.

New Version of... The Name Game

Name the person in the picture. Win.. nothing... except the admiration of your iKnife Collector Friends. I will give clues.... 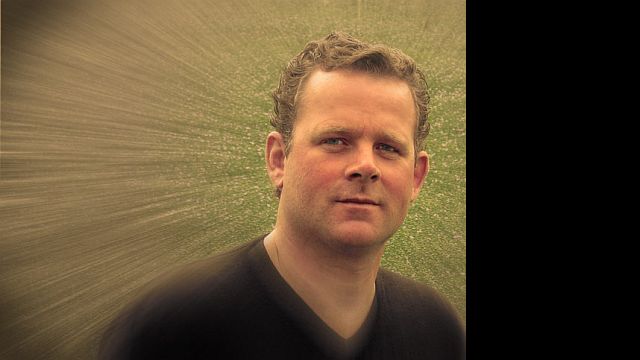 Live & Learn ... Ordering off the Internet

I ordered this little knife Oct. 11th.  It was a pink one I hadn’t seen before … a lady John Deere medium stockman.  It arrived in the mail today.  Pretty green tin,  pretty velvet carrying case … pink jigged bone han … oh wait … is that a crack???   It didn't feel like a crack but it sure looked like a crack.  I made a couple…

Where is the Best Place to get a Knife Deal

So many places to get a deal on a knife. You have the internet so of course you can go to eBay or you can go to your local walmart or hardware dealer. You can even get deals on knives at the flea market. You can even get deals from knife shows on t.v.or even better yet you can get a custom knife made for you the way you want it. Right here on iKC where some of the best knife makers in the world. I like custom knifes and the factory ones. When I buy I like to put in my hand, see what they feel… Continue 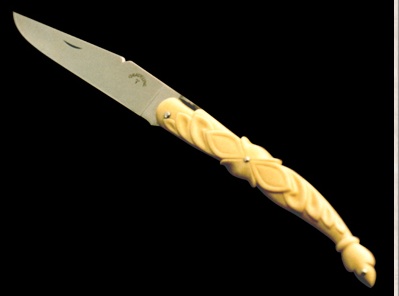 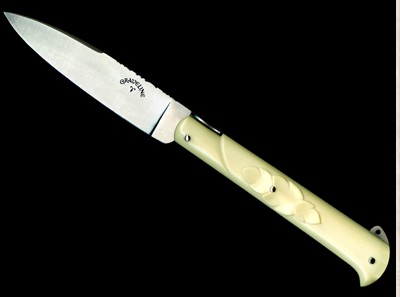 I must ADMIRE, though I don't LOVE… 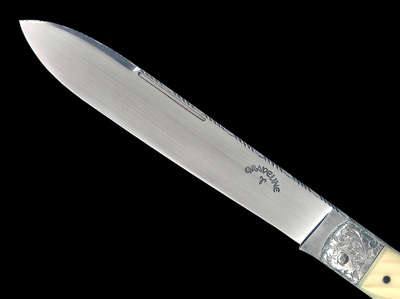 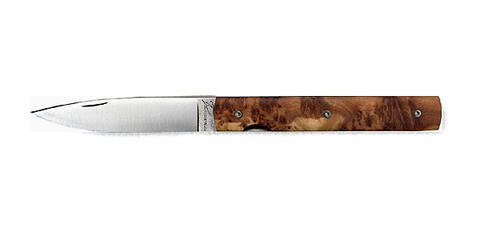 I think it should be a must have for Luca and other "wood men"... and "wood women" as well.
http://www.couteau.com/le-francais_1_le-francais-manche-genevrier__lfc.html?lang=2…
Continue

Whats your next knife going to be? 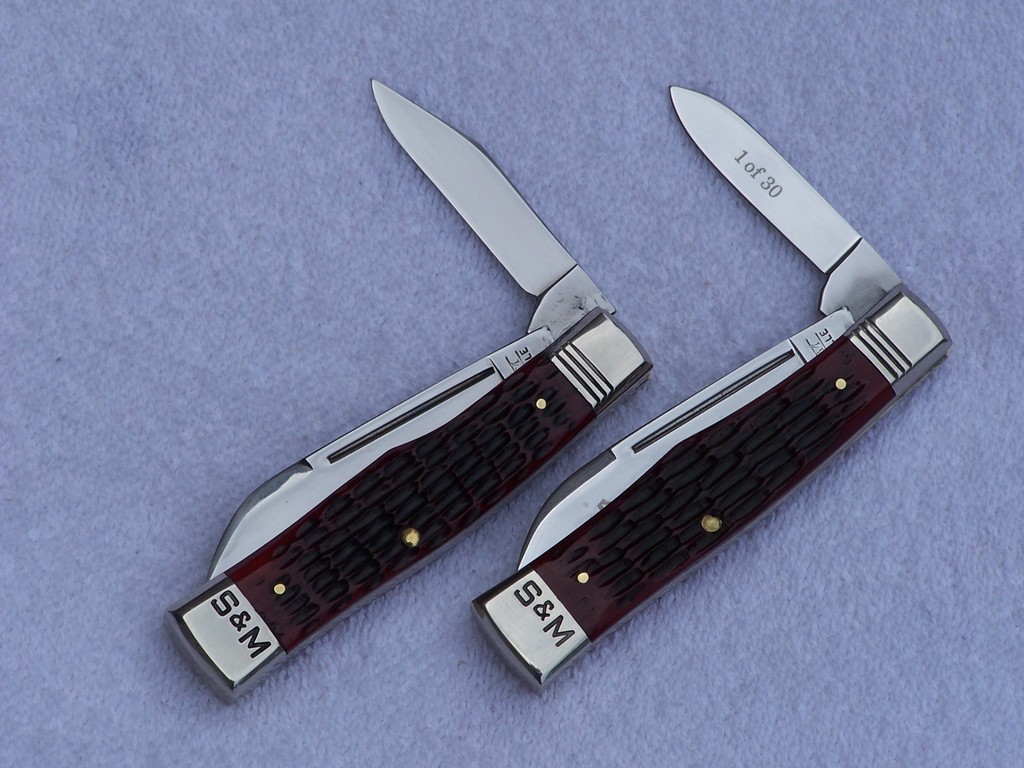 Hey everybody Marty here with another gun and knife show .I attended this show earlier today in a town regularly visited by myself. I have to say I was a little disappointed compared to the last show I attended in Cape Girardeau the admission there was $6 and females got in for free. Today's event was $8 and females also had to pay. This event there were maybe 1 or 2 tables of knives and it didn't come close to having 300 tables like…

Where to find knives

I go to garage sales. Not much there.  Antique stores. I find a few but most are real bad condition. Mostly I buy new knives that catch my eye off of the net or gun shows. E-bay scares me because I know there are a lot of people who will rip you off and I'm not good enough to tell the good from the bad. Any ideas are welcome.

Everyone know that the economy is faltering BIG time. Now with constant headlines showing current unemployment, job losses, mortgage defaults and a government that seems unable or unwilling to commit to a course of action, it is inevitable that the perceived value of material items declines. With that said where do you see the value of collector knives in the future? Will that custom Stryker still be worth what you paid for it? Or how about a Platts Jumbo Toenail? Will collectible knives…

What is the right size knife to take hunting with you

What is the right size knife to take hunting with you? There are many different knive's people take hunting with them.but what size is the right size.from hunting big game to hunting small game. There are many knife's to choose from. Say for instance you go deer hunting and your gun jam's and you run into a bear that does not want you around I'm sure you would not want to pull out a skin'in knife.or if you got lost and had to cut wood to survive I don't think a 4 inch knife will work. So what… Continue